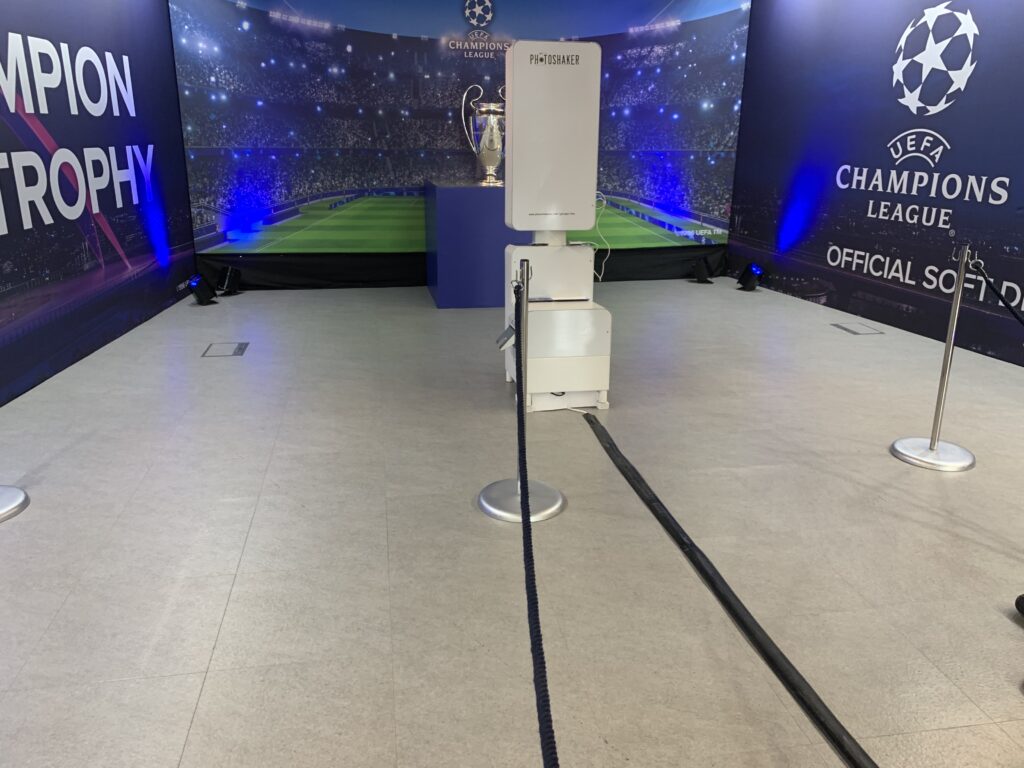 Photomaker set up at the offices of Simonds Farsons Cisk Ltd

The UEFA Champions League Cup was brought over to Malta under heavy security and supervised at all times.  The Cup can only be touched by Winners of the League and security guards.  People travel far and wide to view it. 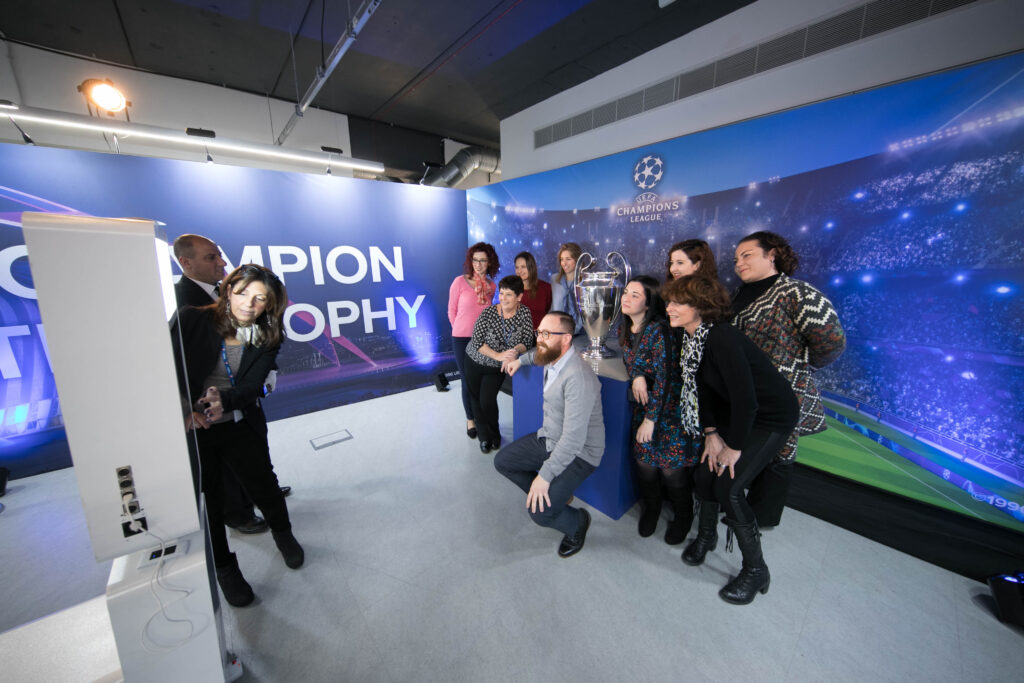 The activation spanned two days and took place during three different events which targeted different audiences.  The first event was held exclusively for the employees of Simonds Farsons Cisk Ltd and held at the workplace.  An elaborate stage was set up and the focal point was the Trophy with the Photomaker photo booth in front of it.  The objective was to give each staff member the opportunity to view the Cup up close, to have their photo taken next to the exclusive Cup and to receive an instant print as a souvenir of the momentous occasion.

Staff members were given ample time to view the Cup and have their photo taken.  Each person was instantly handed a branded postcard size print to take home with them. 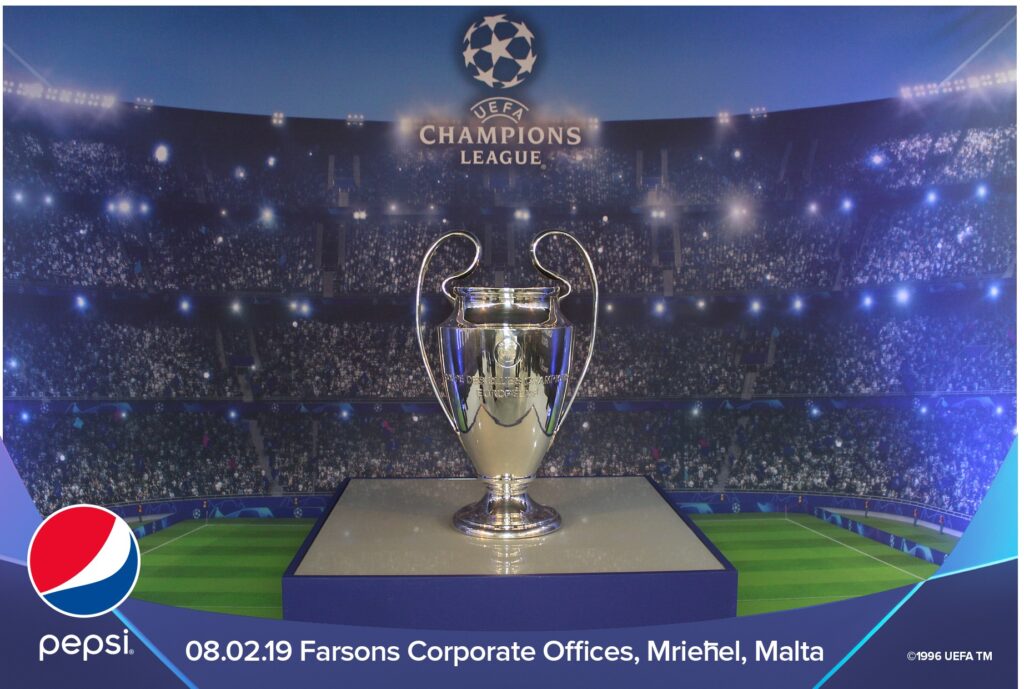 A typical Photomaker print portraying the EUFA Champions League Cup set up at SFC offices for the employees event.

The Management of Simonds Farsons Cisk Ltd definitely came out tops in terms by this generous gesture towards their employees.

The second event was for VIPs, Senior Management and distinguished members of the Trade.  This took place at The Waterbiscuit in Bay Street.  Guests were entertained to an evening of drinks and canapés, and the event was ably presented by the popular local radio presenters Oz and Jay.  Besides the exclusive UEFA Champions Cup, the Italian celebrity and veteran football hero Stefano Tacconi was present to mingle with the guests.  Tacconi had raised the cup himself in 1985 when as goalkeeper with Juventus, the team had won the UEFA Champions League in the final against Liverpool. 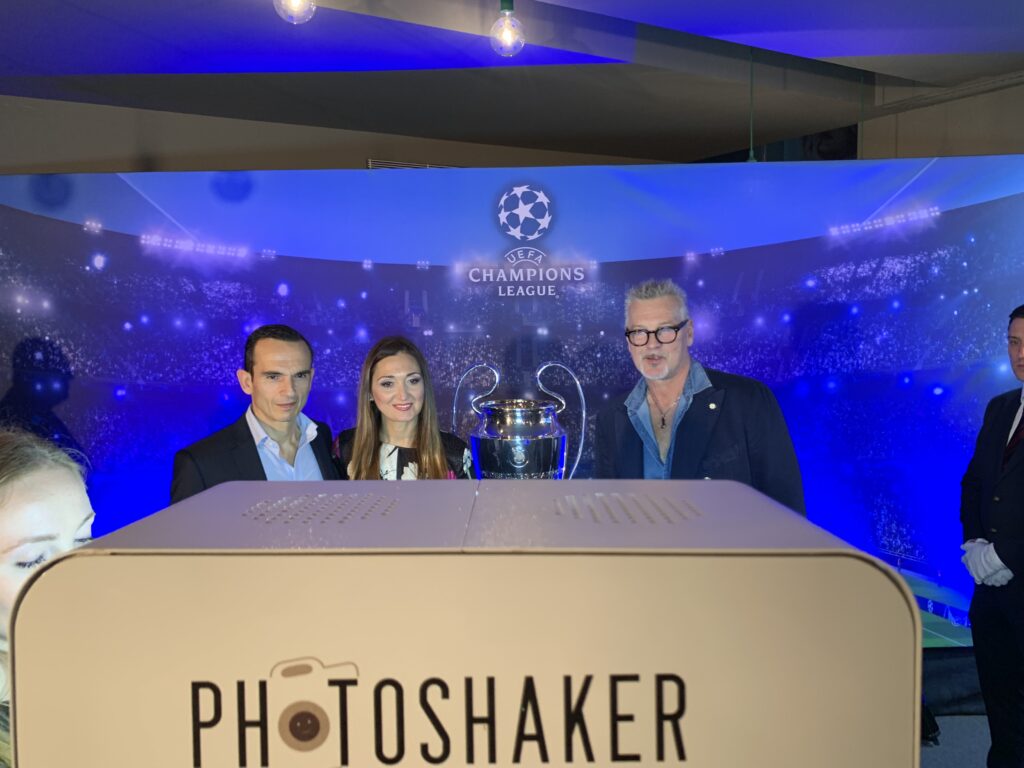 Guests were introduced to Tacconi and then posed for their photo.  A commemorative branded print carrying the Pepsi and EUFA champions league logos and portraying the guests with the celebrity with the UEFA Champions League Cup in the background was handed out to each and everyone present.

The third and last event was a public event held at The Point shopping mall in Sliema.  It was heavily publicised and drew a large crowd of both residents and foreigners who happened to be visiting the island at the time.  There was mounting excitement as crowds started to gather.  The Cup was hidden on a stage behind a curtain.  The Photomaker photo booth was strategically positioned to take advantage of the layout.  Red Electric were on stage and kick started the event with the signature tune of the UEFA Champions Cup. 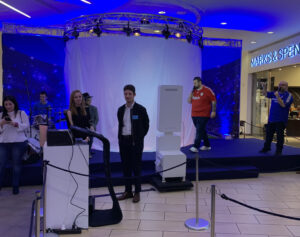 Photomaker set up at The Point Shopping Mall for public event 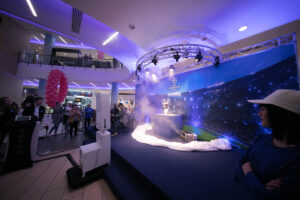 Oz and Jay compered the event.  The public, emotionally moved by the excitement and suspense, burst into applause as soon as the Trophy was revealed.  Stefano Tacconi was present once more and the public had the opportunity to have their photo taken with the UEFA Champions League Cup and with Stefano Tacconi on the other side totally free of charge;  it was a treat for all those present to have their picture snapped with one of football’s greats AND the UEFA Champions League Trophy in one fell swoop.

The Photomaker team was very proud to have been part of a such a prestigious event so meticulously planned and the result was evidently a strong, public endorsement of the Pepsi brand and UEFA. 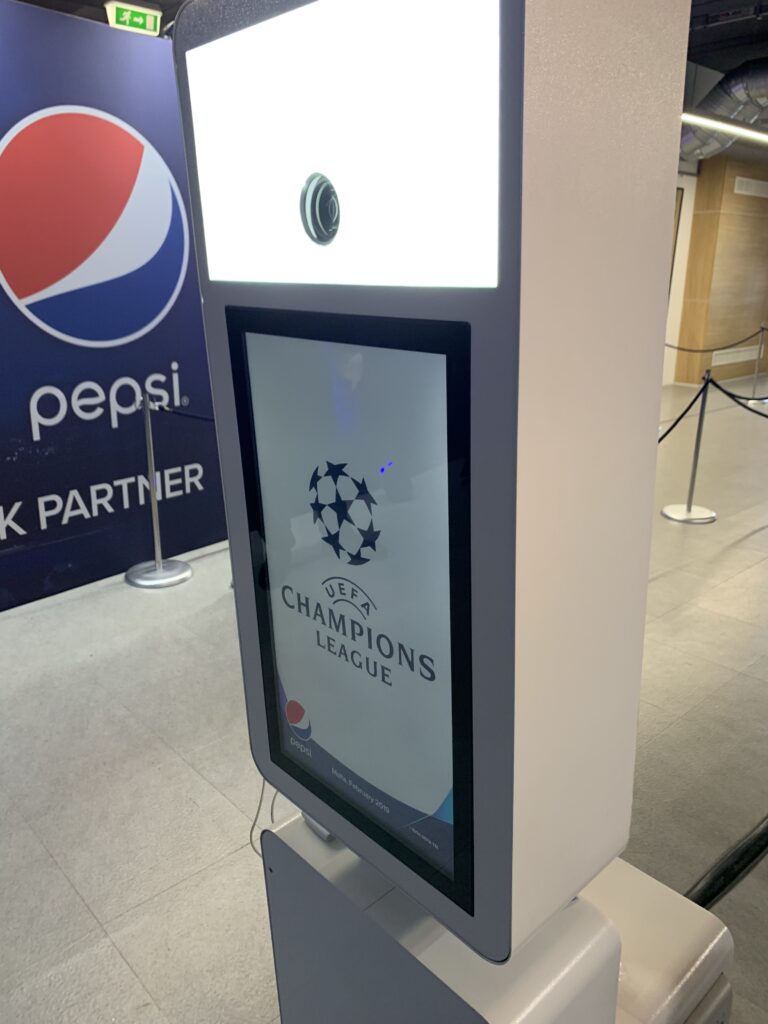